Pentecost: On Anger with God and Receiving the Holy Spirit 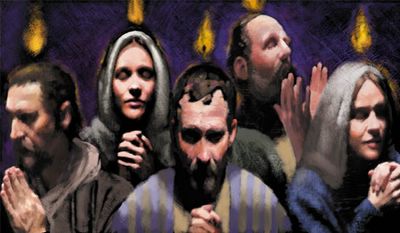 As I’ve been writing so much these past few months on spiritual development and living as God’s New Community, it’s been helpful to reflect on my own formative experiences. It’s Pentecost, so I will share a snapshot of my journey with the Holy Spirit.

Within the first two years of my apprenticeship to Jesus, I came to realize that if he really was Lord of all, any problems I might have with the world and my place in it were problems I had with him. I’ve been quite the angry young man, so this made things… awkward.

It seemed to me that there were two distinct sides to my religious life; on the one, I was learning to be with Jesus through corporate worship, prayer and the study of scripture. On the other, I found myself feeling deep resentment toward God, as he seemed to shirk many of the expectations I might reasonably place on a god. I didn’t see it being done at the time, but over a period of many months, the Holy Spirit integrated those parts of my personality. I learned to be hurt and bitter in the context of my prayer, study and worship. That meant being very honest in my prayers, choosing to rage against God while singing praises and reading Scripture.

I learned to be angry with Jesus while learning to love him. I learned that Jesus remains, long after my rage is exhausted. I learned it in the only way it can be learned: not by affirming the proposition, Sure, God can handle my anger,” but by remaining with Jesus while expressing anger and hurt to him, and watching him as he did remain.

However, I was possessed of a dark cynicism that ran deeper than mere anger. In the months before I left for in January 2002, I became more aware of deep-seated belief that, God indeed is not very good, and that God does not really love us - does not really love me - in any helpful way. I became aware of these thoughts as they began to surface in worship: whenever someone in the assembly spoke praises of God’s goodness and provision, “…my heart curses,” I wrote. “It curses because it knows better.” I began to realize just how much bitterness I held against God, but didn’t know of a thing I could do about it.

So I didn’t do anything. I didn’t suppress it. I didn’t deny it. I didn’t revel in it. I just let it be there. Nor (it must be said) did I dedicate myself to elaborate or rigorous spiritual exercises. I prayed and read scripture every few days, and joined in corporate worship. All of this was done with an attitude that could be summarized thus: “Stay away, Jesus, or I’ll kick you.” I avoided “emotional” engagement in worship and devotional practice, because I needed the control. I remained with Jesus – with him in concrete, practicable ways. No nonsense about “complete surrender,” or any kind of wishful thinking about the degree to which I was able to muster warm feelings about Jesus. I was just with him.

One evening, during Lent, I was worshipping in the assembly and had the strangest feeling. We sang a psalm of God’s goodness and faithfulness, but my normal commentary wasn’t running: my heart did not curse.

I had wanted to flee encounters with Jesus, and kept him at arm’s length for so very long, because I was afraid of him. I did not trust him.

And this was not a problem. Keeping Jesus at arm’s length is not the same as shutting him out of the room.

I learned that he’s quite pleased to love us from a distance, because that is how many of us will come to know and trust his love and care. He does not force his way in. He does not violate.

I learned that “letting God in” couldn’t remain some pious cliché, but needs to be specific in practice. So take courage if you are angry, and bitter against God. Take courage especially, if you are afraid to admit it. It’s alright to keep him at arms length; just consider ways that you might hang out in the same room from time to time.

appreciate what you shared. i can relate.

Have you read "The Enigma of Anger" by an ex-Episcopal priest called Garret Keizel (I think that's his last name), A good friend recommended it to me and I have yet to read, but the person that recommended it is a very sharp guy.

thank-you kyle. that article helped me.

I've uttered similar words in the recent past. One thing I've realized is if I weren't in the Anglican Church, I could have never said that--or at least not publicly and honestly. I need the mystery, the sacraments and the creeds that the catholic church brings with it. Those things have provided me the space and the boundaries to ask hard questions of God. I keep asking the questions and I know now it's okay to ask. In some church traditions, it's never okay not to "feel joyful" all the time. I'm glad God isn't so weak as to need my affirmation of His goodness and love.